As explained in our UK Expat Index blog post, Send My Bag have compiled data on the ten most popular destinations among UK expats and ranked them in terms of ‘liveability’.

Using factors such as cost of living, unemployment rate, weather, crime, and many others, we have given each country a score out of 15 and found our winner!

If you’ve ever wanted to move abroad, check out the below images and see if any of the countries catch your eye. 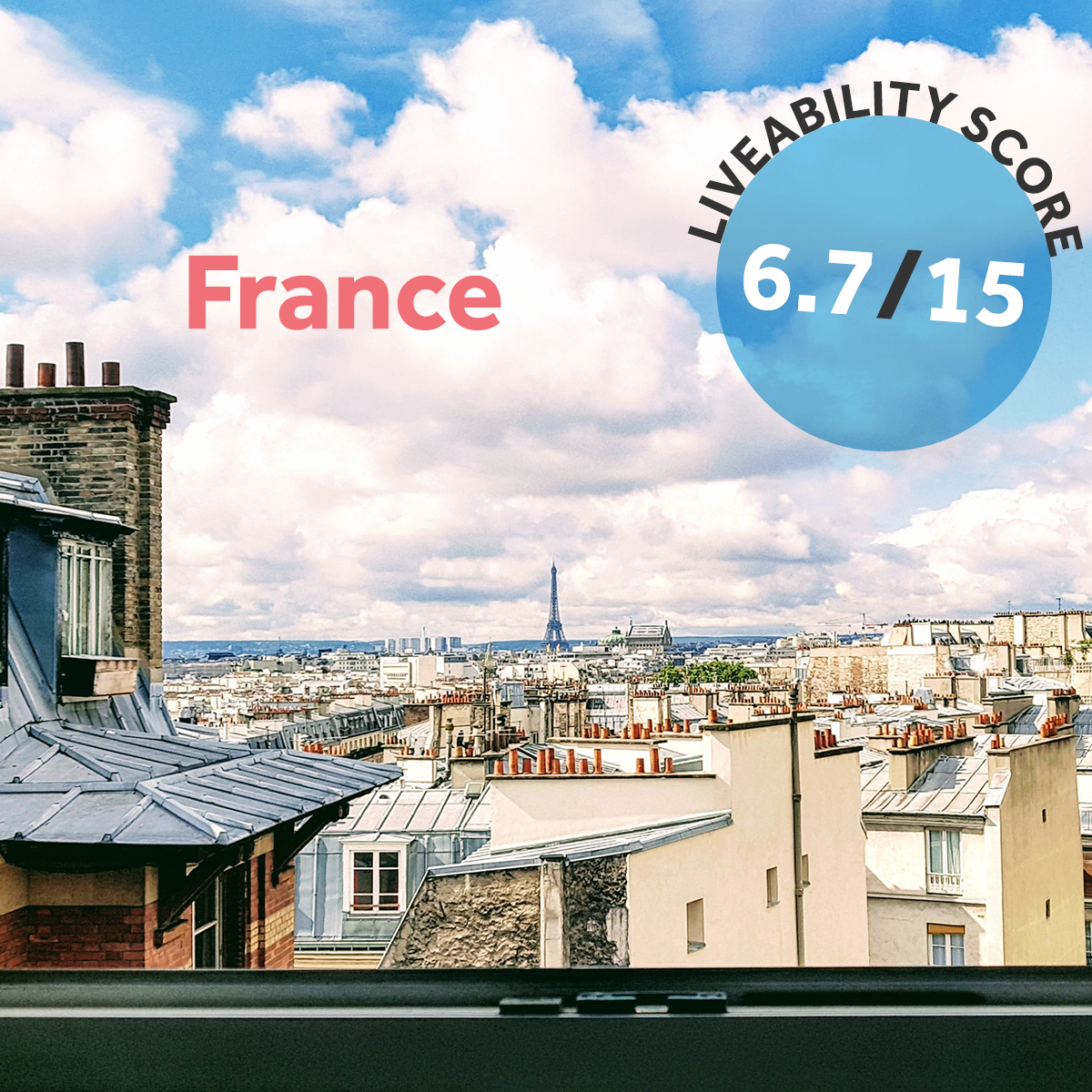 France is no doubt a fantastic place to live for UK expats with low unemployment rates, decent weather and relatively low levels of crime.

However, we found that house prices were the most expensive in France out of all our destinations and the cost of a McDonald’s meal will set you back £7.58.

For Britons wishing to return on a regular basis, the rapid flight time of 1 hour 10 minutes from London to Paris is sure to appeal. 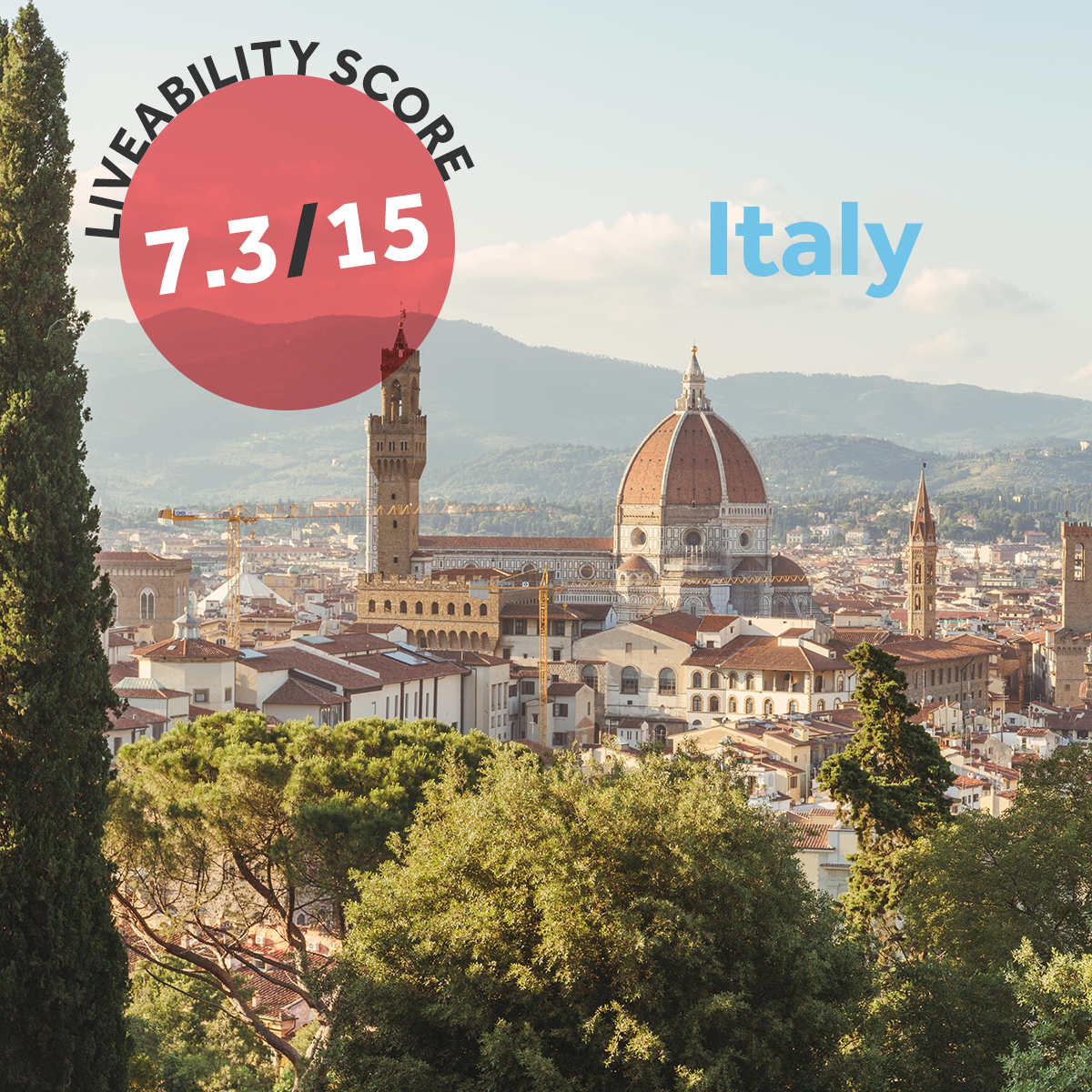 A flight from London to Rome will typically last 2 hours 25 minutes, still relatively minimal to other destinations in our list but slightly longer than France.

Italy has the cheapest rental properties of our European destinations with the average rent 25% less expensive than commonly found in the UK.

Unfortunately, the average annual wage in Italy is the lowest amongst our picks in Europe and second lowest in our list overall. 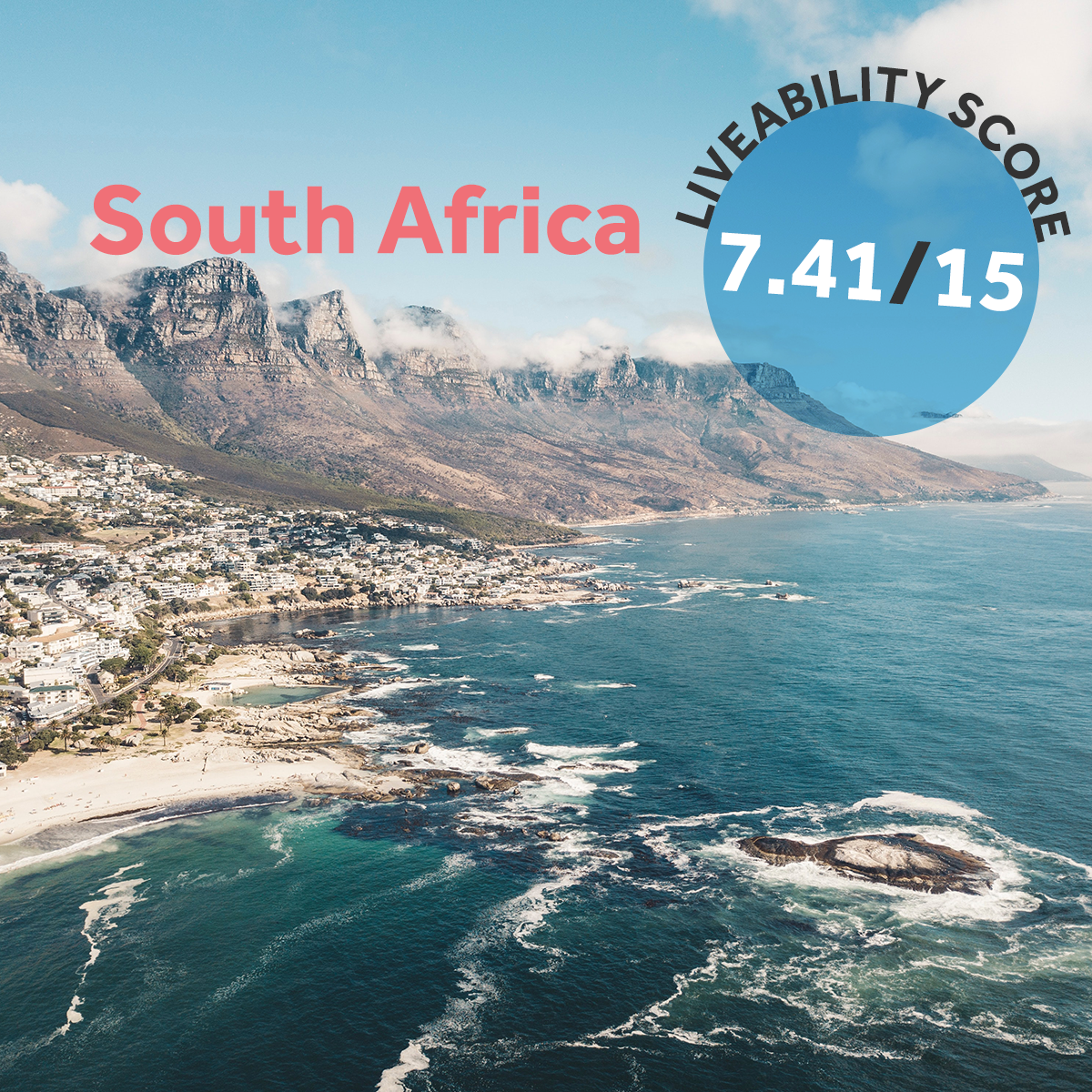 South Africa is the leading expat destination for sunseekers with an average of 3141 hours of sunshine per year. The country also has the cheapest cost of living in our study with a McDonald’s meal costing the equivalent of only £2.81.

Despite these low living costs and the glorious weather, crime rates were the highest in South Africa and the country’s citizens appear to be the least happy in our study. 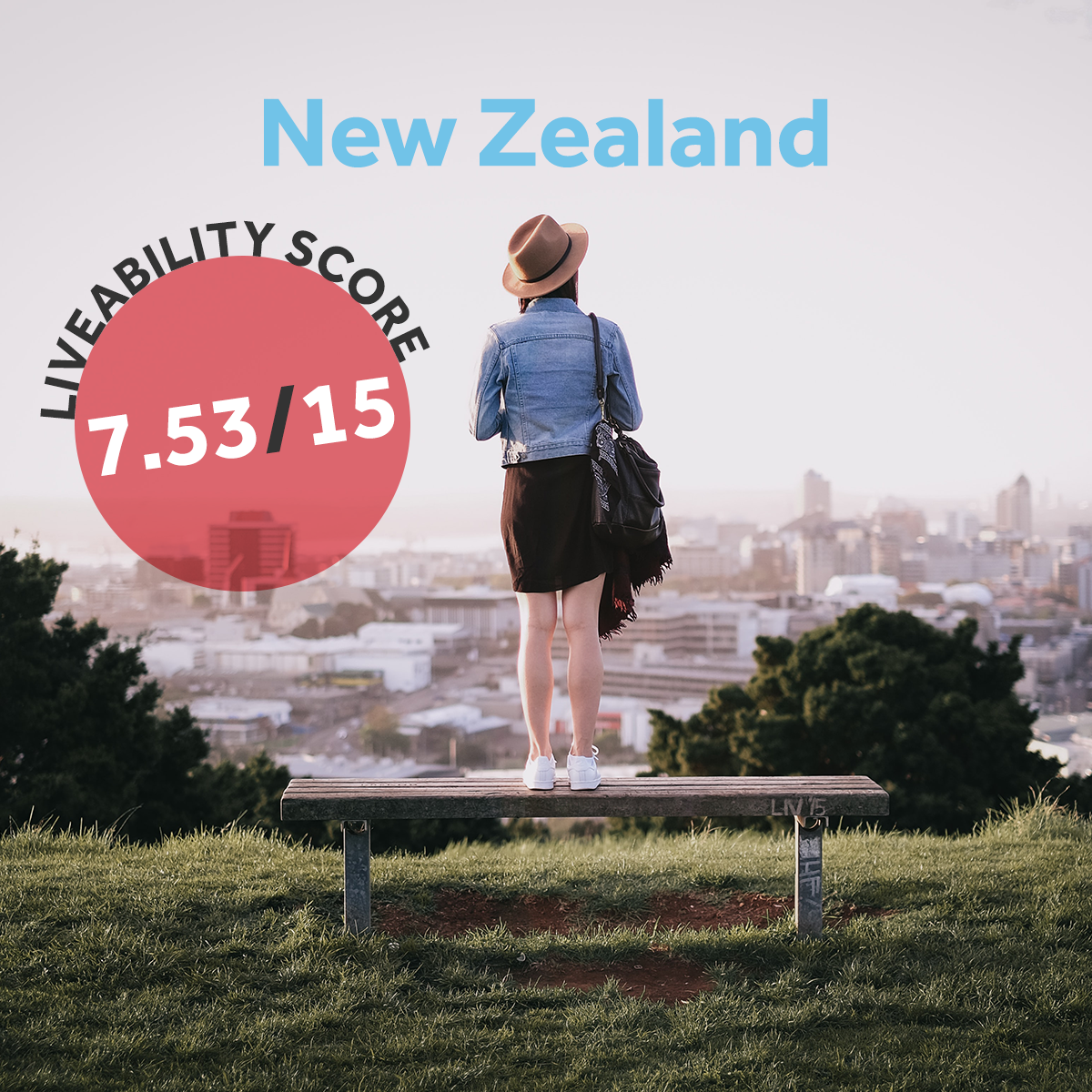 Of all the countries in our list, New Zealand boasts the happiest people. The country ranks 8th in the World Happiness Report overall, while the United Kingdom sits at number 13.

One wonders if clean air is one reason for the high happiness score as New Zealand also sits in second position in terms of low levels of pollution.

One drawback of moving to New Zealand is the long flight time back to the UK but you may find that you’re so happy with your new surroundings you don’t even want to come back. 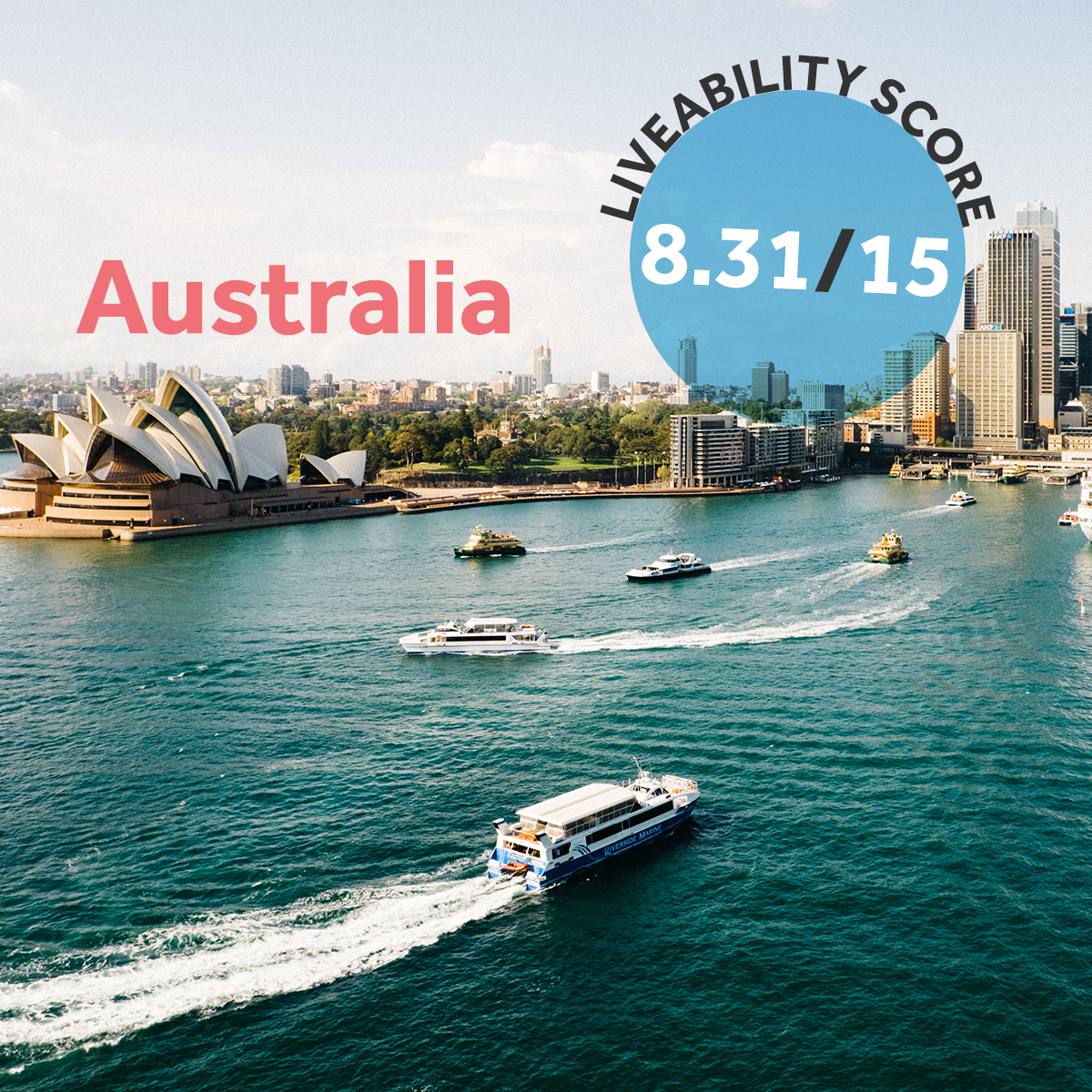 New Zealand’s neighbours take the next spot scoring a total of 8.31/15. Australia comes out on top in terms of air pollution and only behind South Africa in terms of sunshine hours per year.

Australia also scores high on the happiness report, while there are also very low levels of unemployment and crime.

You’re in for a long 23 hours 10 minutes flight time to Australia. That means if you choose to ship your luggage ahead it may even arrive before you do! 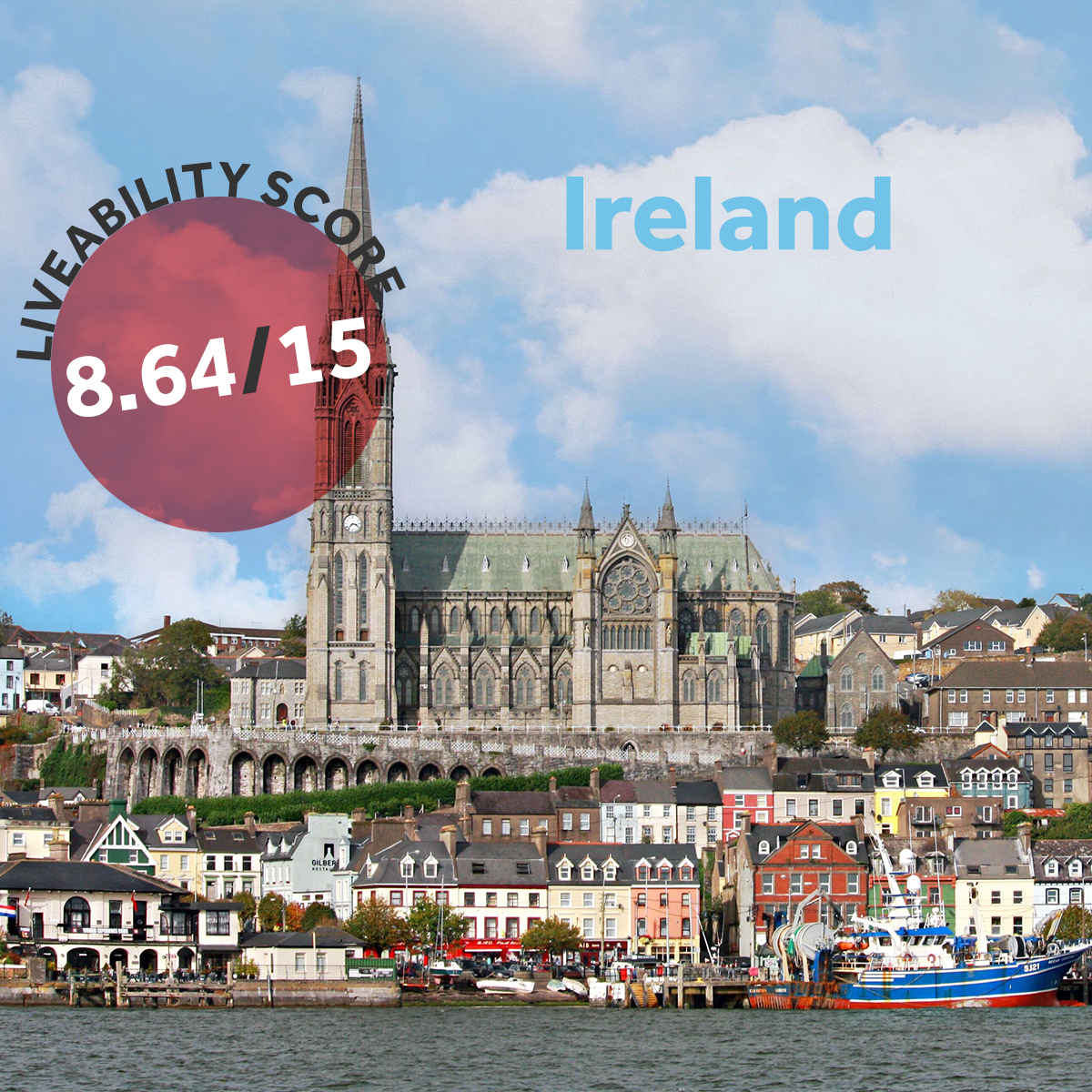 Ireland’s economy is strong, with the country having the highest GDP per Capita on our list.

The country’s citizens are also clearly extremely happy living there, having the top score in Europe for happiness.

Ireland has the highest rental prices out of all the destinations on our list while the cost of a pint will also leave a small hole in your wallet. Saying that, you may find the best possible pint of Guinness in Ireland. 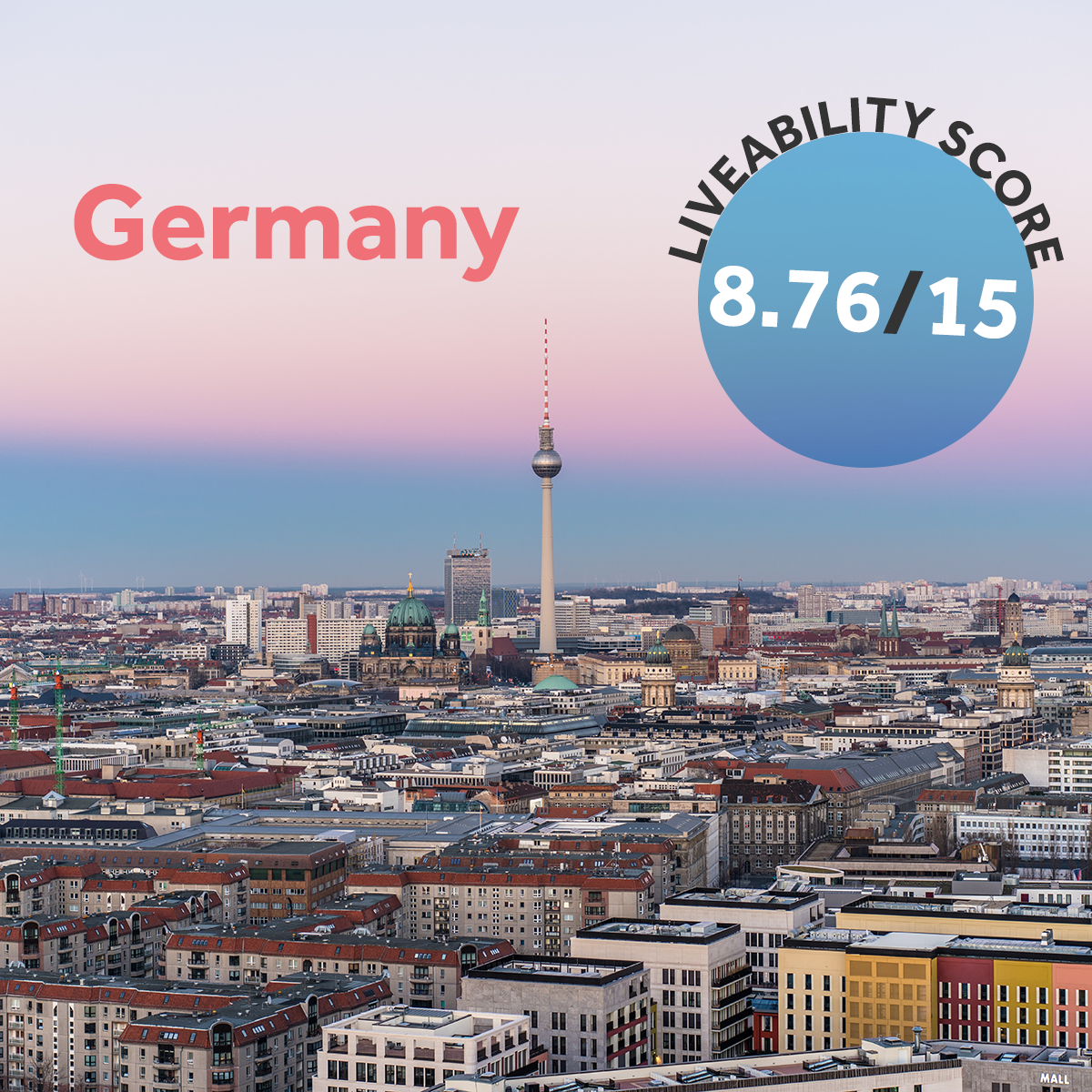 Job prospects seem best in Germany with the lowest unemployment rate in our index. While the country’s average annual wage is the highest of our European entries.

The high salary may be necessary to pay for a new home, with average prices the second most expensive.

With only 1644 average annual hours of sunshine per year, Germany is probably not the destination for Britons seeking a better alternative to weather conditions in the UK. 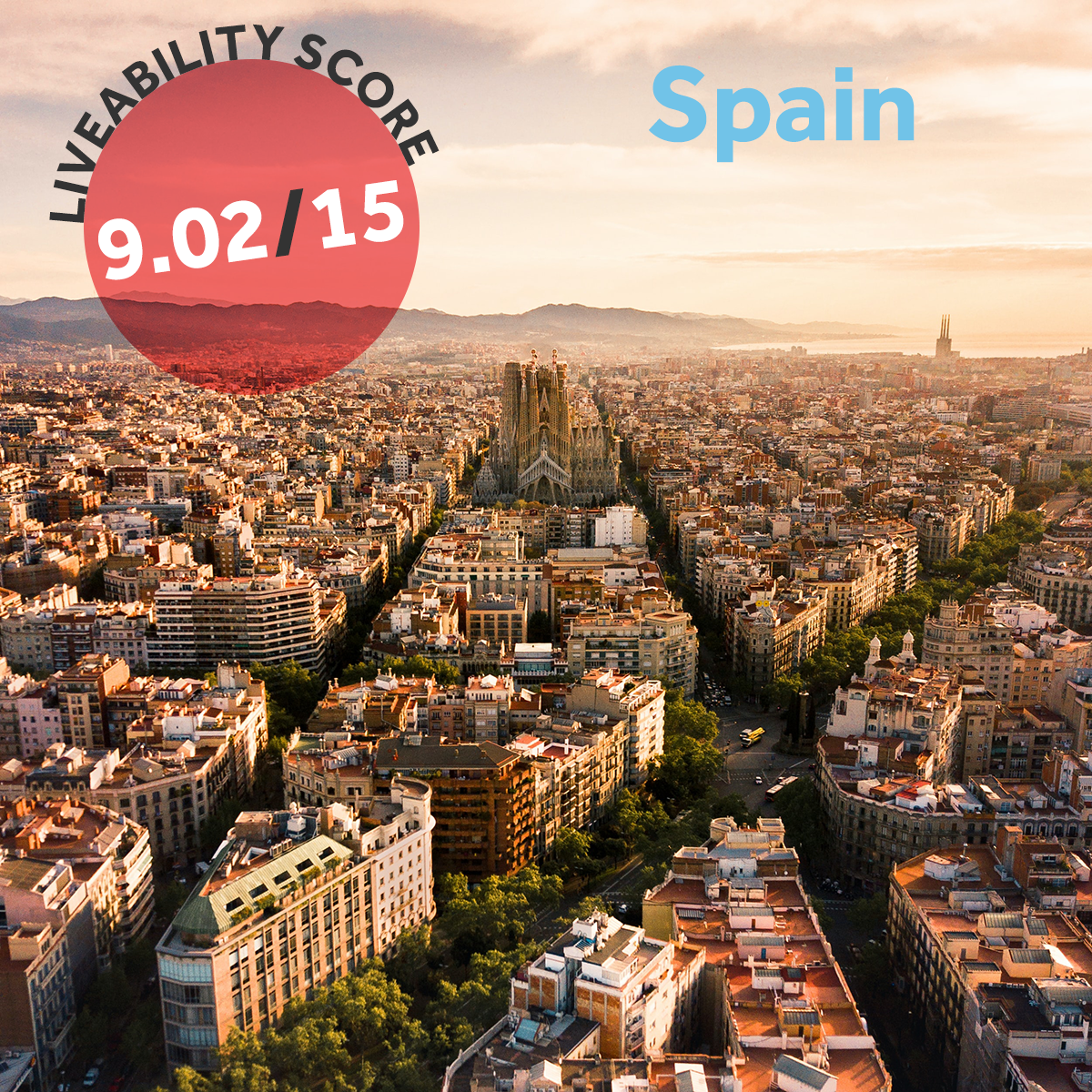 Spain has the lowest levels of crime in our selection and the best weather conditions in Europe with an average of 2635 hours sunshine per year.

In addition to these big benefits, Spain also boasts the second cheapest rental prices and the cheapest house prices in Europe.

Unemployment figures are high however and the average annual wage is one of the lowest on our list. For this reason, Spain also scores quite poorly on the happiness report. 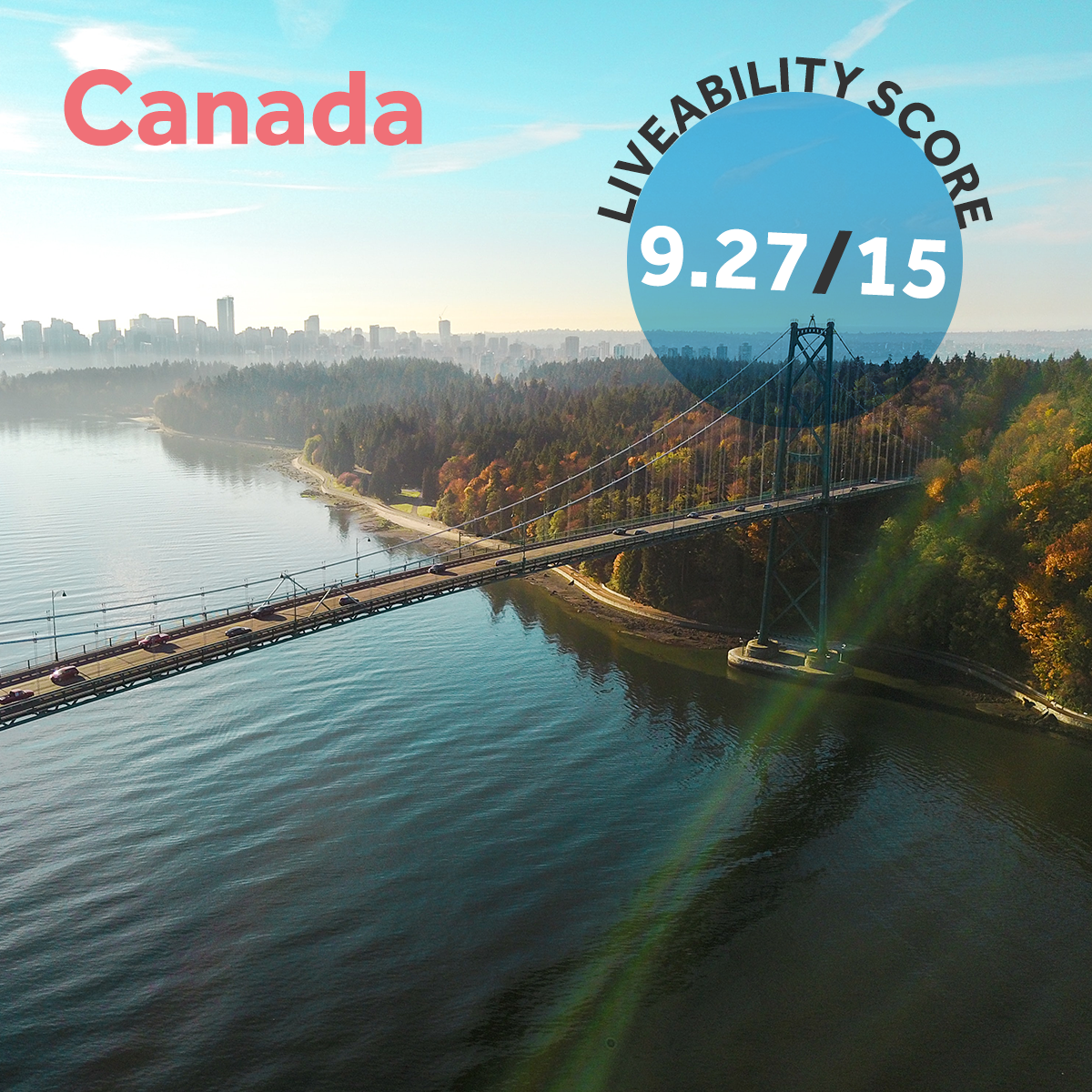 With an overall rating of 9.27/15, Canada scored very highly across a number of key categories. The North American country is joint second with Australia on happiness while the average annual wage is also in the top half of our selection.

Crime rates are low, as is the cost of a pint. The cost of living is also low compared to other destinations.

One unfortunate drawback of Canada is the weather. While not as dull as Ireland and Germany, the country does not seem as many sunshine hours per year as other areas of continent. 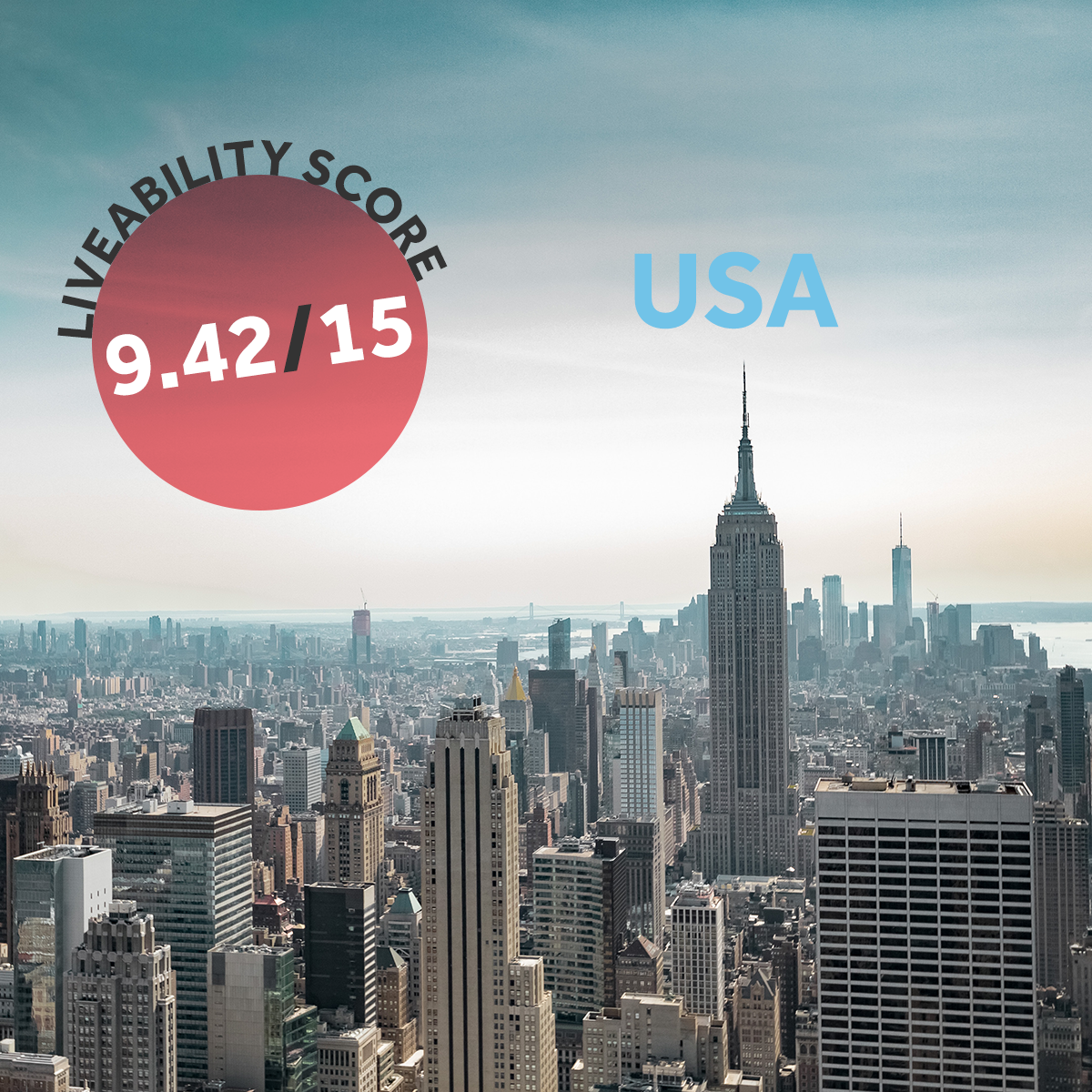 COVID-19 may be roaring its way through the United States and as we have already seen, it will prove damaging to the economy.

Saying that, before the crisis the US had the second highest GDP per capita in our list and the highest average annual wage overall.

Unlike Canada, the country also boasts incredible weather conditions with an average of 2804 annual hours of sunshine.

Crime rates are high however, behind only South Africa on our list.

Perhaps most surprisingly, America ranks as the second cheapest destination on our list to buy a new home.

Which destination would you choose to move to from the UK? Perhaps you’re now considering a move to America? Let us know by joining the conversation on our Instagram Page or Facebook.

Ryanair Restores 60% of Flights in August

Best Staycations in the USA

We have conducted research into the ten most popular destinations among UK expats based on a list from the United Nations. Our intention is to rank the countries on ‘liveability’ for Britons who may wish to move abroad.