We all know travel is in a state of despair. Every corner of the world has been touched by the coronavirus pandemic and the travel industry, and tourism-dependant economies, have been gravely affected.

2020 was the worst year on record for tourism with international arrivals said to be between 70-75%, or one billion people, fewer than normal according to the World Tourism Organisation. The WTO also suggests this equates to an economic loss of US$2 trillion in world GDP.

Meanwhile, we’ve been stuck at home for far too long. The mental health of some within our society is being damaged by the day and even those of us in peak mental, and physical condition, are tiring.

Currently, most countries around the world require quarantine for arrivals. First, this was possible at home or in your chosen accommodation but now governments are identifying specific hotels where arrivals must legally self-isolate.

Not much travel or tourism activity can occur from the confines of a hotel room and it’s therefore clear something needs to be done both to help us move around more freely to restore the industries to vital to economic prosperity.

One suggestion seems to be growing in popularity: vaccine passports. The topic is however, sparking strong discussion with many seeing it as an inevitable step on the road to normality and others arguing it’s unfair and divisive.

With this article we aim to shed light on what exactly could be implemented and how this could impact us all. Could these immunity passports open up travel again?

What is being proposed? 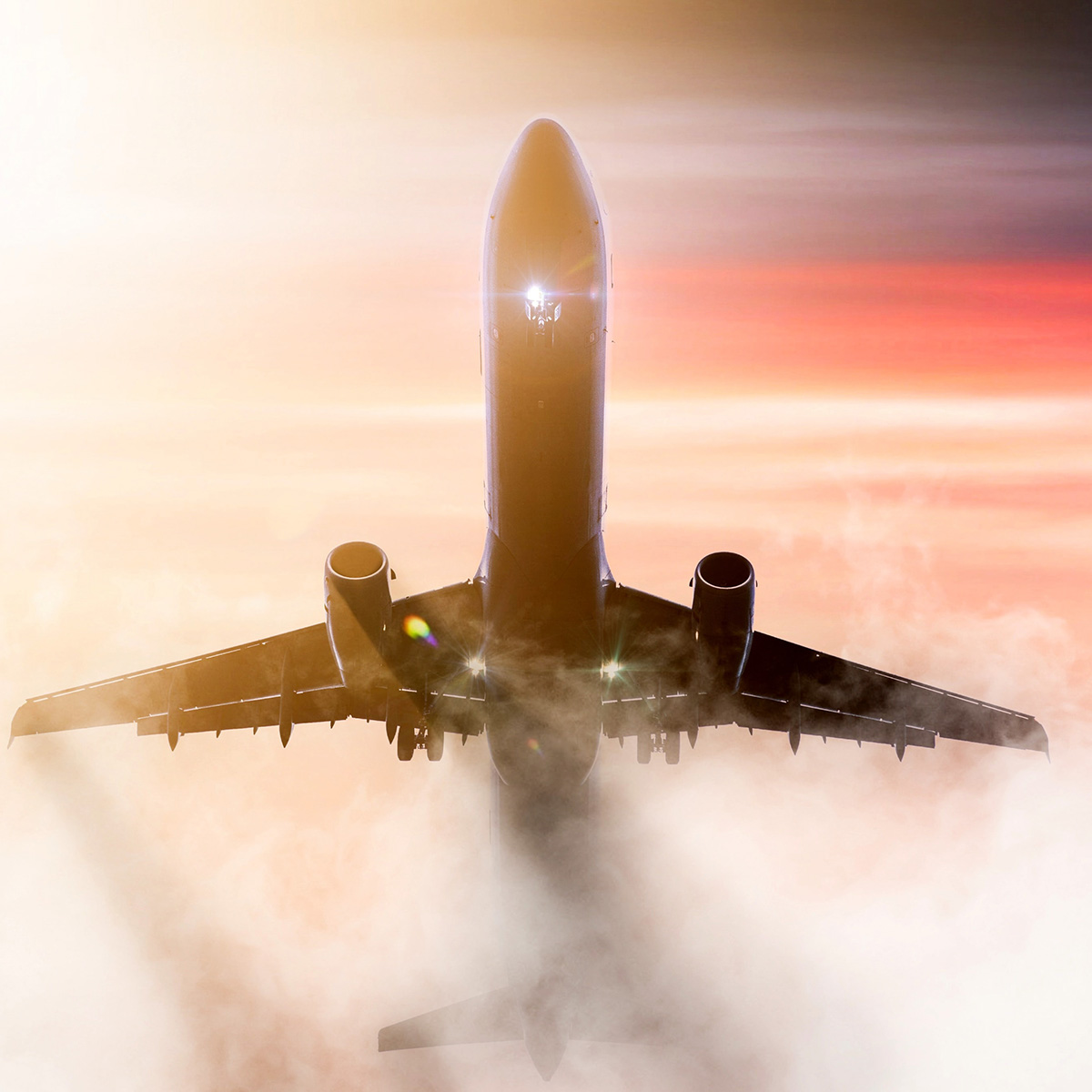 Zurab Pololikashvili, secretary-general of the World Tourism Organisation (UNWTO), has said that while the release of vaccines is a “step in the right direction” tourism needs urgent help. “Vaccines must be part of wider, coordinated approach that includes certificates and passes for safe cross-border travel” said Pololikashvili.

Tony Blair, former Prime Minister of the United Kingdom, is one notable supporter of immunity passports and has called on the country to take advantage of its upcoming position chairing the G7 to urge other countries to follow the measure.

A report by the former PM’s non-profit organisation the Tony Blair Institute argues the “only way to navigate allowing people to travel internationally again” is creating a global travel pass showing each traveller’s vaccination status.

Implementing such a move would not be without precedent. Almost 100 years ago, the “yellow card” international certificate was introduced to record inoculations against cholera, yellow fever, typhus and smallpox. Many countries around the world still require a yellow-fever certificate as a pre-cursor to entry.

Around the world a variety of private efforts are attempting to create digital immunity certificates, with the brains behind them saying they provide a safer and more secure alternative to paper certificates and QR/barcode stamps that can be easily forged or manipulated.

What have individual countries said or done? 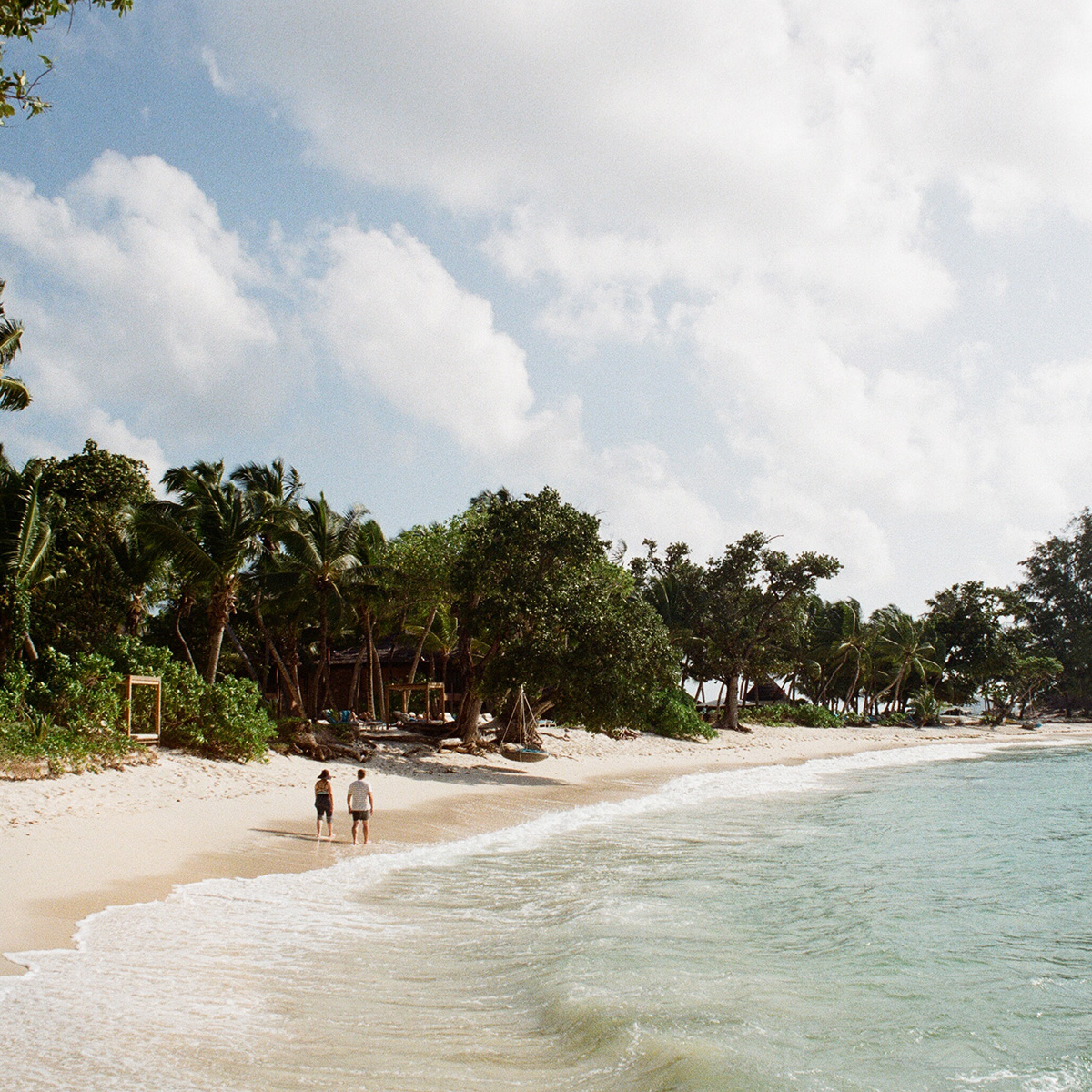 Despite speaking publicly against the idea, the UK government is reportedly funding at least eight separate vaccine passport schemes and documents from InnovateUK detail that more than £450,000 of government grants have been allocated to companies developing such pilots.

A recent study found that two-thirds of British people said they would accept the use of vaccine passports.

Greece prime minister, Kyriakos Mitsotakis, is pushing for a system to be installed throughout Europe to once again open free movement between the member states.

Mitsotakis, whose country’s economy is heavily driven by tourism, has written to the European commission president, Ursula von der Leyen, to argue such a move would encourage more people to get the Covid-19 jab.

Outside of Europe, the Seychelles has announced that travellers who have completed their vaccinations are to be exempt from quarantine measures.

Visitors from all corners of the world can enter the stunning archipelago of islands without quarantining if they provide an authenticated certificate that proves they have received both doses of any approved vaccine – administered at least two weeks prior to arrival.

The Minister of Tourism said he hoped the rule would “provide the kick that our economy so desperately needs,”.

Meanwhile, Thailand has revealed its new ‘Welcome back to Thailand again’ campaign that will use “COVID passports” to identify travellers who can bypass the country’s strict 16-day hotel quarantine.

Tourism in Thailand is one of the biggest drivers of GDP and the pandemic has therefore caused much disruption to jobs and livelihoods. TTG Asia estimates that waiving self-isolation measures could save 800,000 jobs within the tourism sector.

The country is one of the world’s most popular destinations for travellers with a record 40 million visitors in 2019. According to the Financial Times, these numbers plummeted to just 6.8 million in 2020.

Current predictions only estimate 10 million international visitors for this year which shows how important vaccine passports, which would enable those travelling halfway around the world to escape their hotel rooms, may be moving forward.

Thailand’s new policy will reportedly not officially kick in until July 2021 at the earliest, dependent on the worldwide progress of vaccinations. However, those who can prove they have completed their vaccination course could be considered for quarantine dismissal before this date.

Alan Tudge, education minister in Australia, who seem unlikely to fully reopen their borders at all this year, has given some hope to international students having said “digital vaccine certificates” would permit overseas students to return to the country without the need for hotel quarantine.

In the US meanwhile, recently inaugurated President Biden has reportedly asked for a review into vaccine passport options.

What about airlines and cruises? 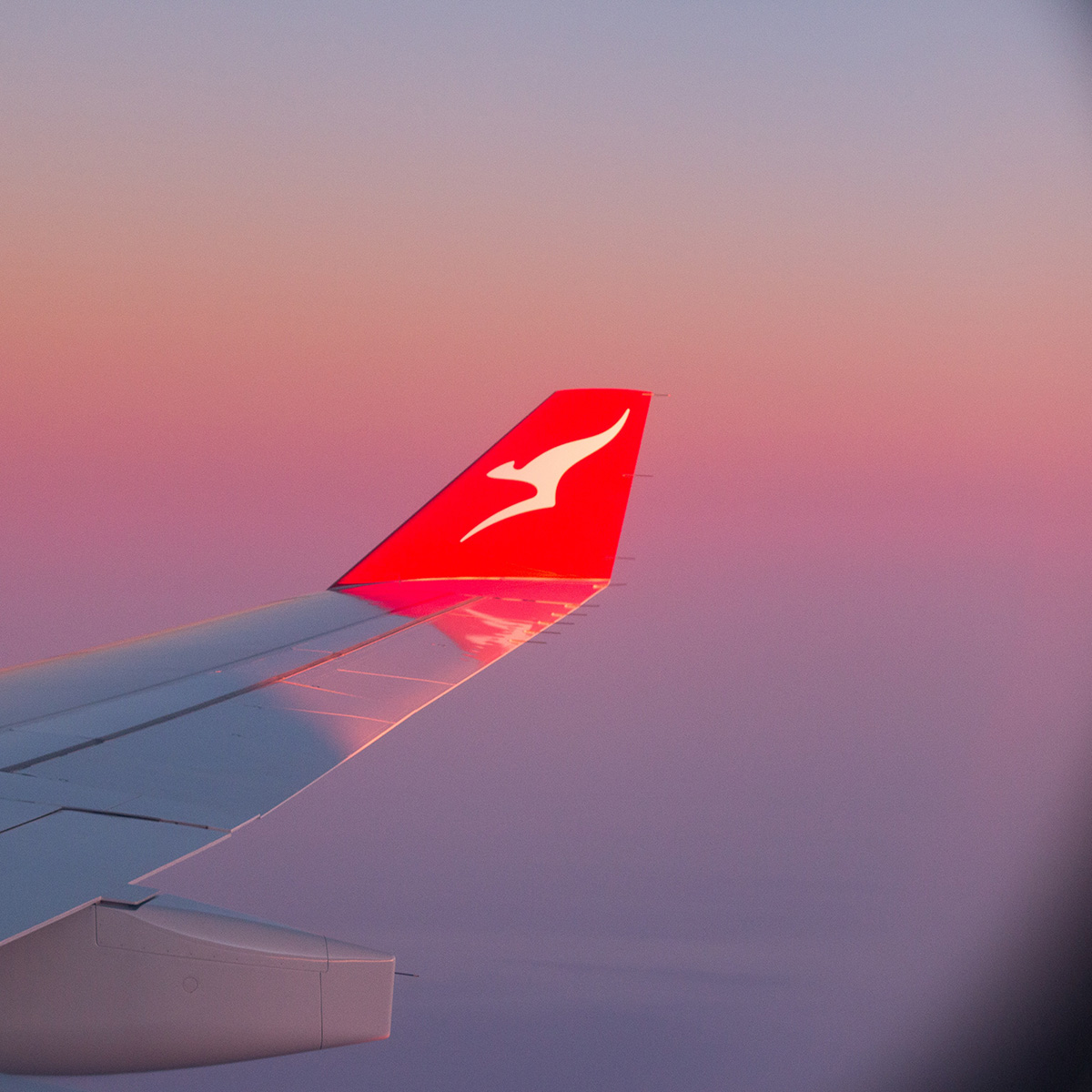 Back in November, the International Air Transport Association (IATA) announced it was in the final development phase of a digitalized “Travel Pass” to support the reopening of international borders.

The new online system would apparently allow airlines to access a common data set of Covid-19 testing and vaccine records for travellers. Laboratories would upload travellers negative test results and vaccine information which would then be shared with airlines during check-in.

Alexandra de Juniac, Director General and CEO of the IATA said, “We are bringing this to market in the coming months”.

The IATA is working with the International Airlines Group, which includes Aer Lingus and British Airways among others, with the hope of launching in the first quarter of 2021.

Meanwhile, Qantas has also revealed they are working towards requiring all passengers to be vaccinated before boarding any flights.

The Sydney-based airline’s CEO, Alan Joyce, told a television network “What we are looking at is how you can have a vaccination passport, an electronic version of it, that certifies what the vaccine is, is it acceptable for the country you are travelling to,”.

Turning attention to cruises, UK line Saga Cruises has told anyone wishing to embark on a trip on one of their ships will need to have completed their vaccine regimen.

A recently released message to customers said: “All guests must be fully vaccinated against Covid-19 at least 14 days before sailing with us.”

Saga will return to the seas for the first time in over a year on 4 May. By this time the UK government aims to have given the first jab to everyone over 50.

While the case for a wide, or even global, introduction of immunity certificates is compelling, there are a number of key figures who have raised concerns.

Some experts believe there are multiple hurdles to tackle before such a move including the varying levels of efficacy between vaccines, how long immunity lasts, and whether vaccinated people can transmit the virus to others.

The World Travel and Tourism Council (WTTC) has also branded the idea discriminatory stating, “We’re at the very early stage of the vaccine rollout. If you make vaccines compulsory it will mean an awful lot of people won’t be able to fly, even if they are Covid-free,”.

Passports are also likely to be branded unfair by the young as most countries are vaccinating the older population first. Gen Z won’t be too happy if their parents are able to party abroad this summer while they’re stuck in quarantine or still at home.

Finally, we have to remember that individuals are entitled to reject vaccines and if passports become a wide policy, many may get inoculated out of force and their freedom of choice will have been compromised.

Even the World Health Organization have expressed concern about certificates for international travel with the director general stating, “We cannot afford to prioritise or punish certain groups or countries.” 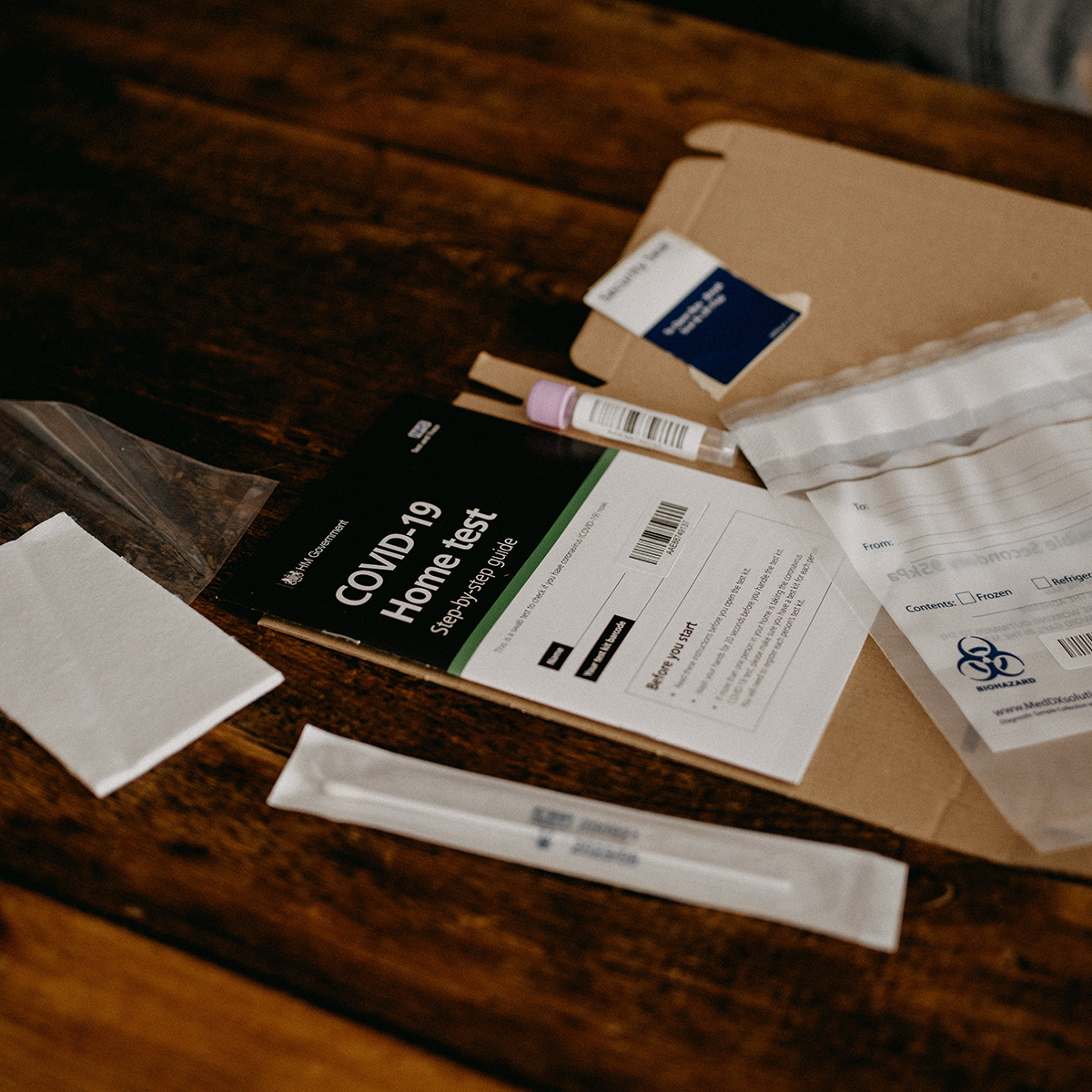 As already discussed, something needs to be done to revitalise travel and save tourism-dependent economies.

Vaccine passports seem highly controversial for now, and it may be the case that some governments or the European bloc as a whole reject the proposal of wide implementation, out of fear of alienating or discriminating those who either do not wish to get the vaccine or are not fortunate enough to receive it.

Instead, we may find that private companies such as airlines and other tourist providers install their own versions or systems.

We may also find that some countries focus more on testing arrivals and if enough immunity is achieved within their country; they may decide quarantine is not needed for travellers who test negative.

But while divisive, vaccine passports do appear to be one of the best ways out of this mess and provide that ray of hope that we’ll all be able to start exploring again.

What do you think of immunity certificates for travel? Join the discussion on Facebook or LinkedIn.

Top 10 Adventure Holidays for After Lockdown

Quarantine at Hotels for UK Arrivals

The UK government is expected to announce that travellers coming from high-risk countries to England could soon be legally required to quarantine in hotels, amid concerns about importing variants of Covid-19.